UPDATE - Also applies to the new A55 model!

To dissuade people from importing things to save money, sometimes companies make the Japanese version of the product a bit more special.
That's why in Japan you get things like bonus tracks/more artwork/free stickers with CDs, or exclusive color choices for some devices. Maybe, possibly, that's the reason that Sony removed features from non-Japanese Walkmans.

Sony's European portable devices come with AVLS (Automatic Volume Limiter System), which stops the volume from getting too loud. Even though this can be turned off in the 'Output Settings', the maximum volume is still a bit limited.

Volume aside, if you attempt to add a song to a playlist on your device, I saw a 'No playlists available' message. There's no option to create playlists, you may only add to a pre-existing one that you put on via your computer.

In Japan though, the NW-A45 can create playlists on the device. It also has no volume cap. Plus it can even make 'line in' recordings, if you have a cable like this: 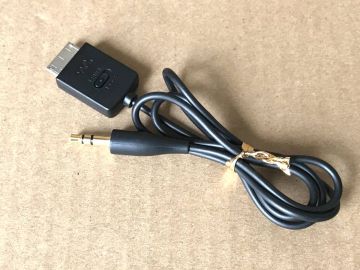 (There's more differences, but you're probably not interested in the fact it can play ATRAC files unless you're still living in 1999!)

To enable this all of this stuff, we need to change our device's region to Japan. It takes only a few minutes.
This will not put your player in Japanese, so don't worry, it will stay in the same language you had it in.
Although, when the region is set to Japanese, there will be no Language menu under 'Device Settings', so you won't be able to change the language anymore, unless you change the region back.

Download SonyNWDestTool.
Make sure your device is connected in Mass Storage Mode (you should see a drive letter like 'H:' under My Computer)
Open CMD (Windows key + R, type 'cmd', hit OK)
CMD should be working in 'C:\Users\MYUSERNAME'.
Assuming the tool downloaded to your Downloads folder, type:
cd Downloads
Now test the tool, giving it your drive letter.
scsitool-nwz-v20.exe H: dest_tool get
I received this output:
Model: NW-A45
Series: NW-A40 Series
Destination: CEW2 (103)
Sound pressure: 0 (off)

Now we can unplug the device. Remember to do what it says, by going to:
Settings->Device Settings->Reset/Format->Reset All Settings
Tap yes, and we are all done. 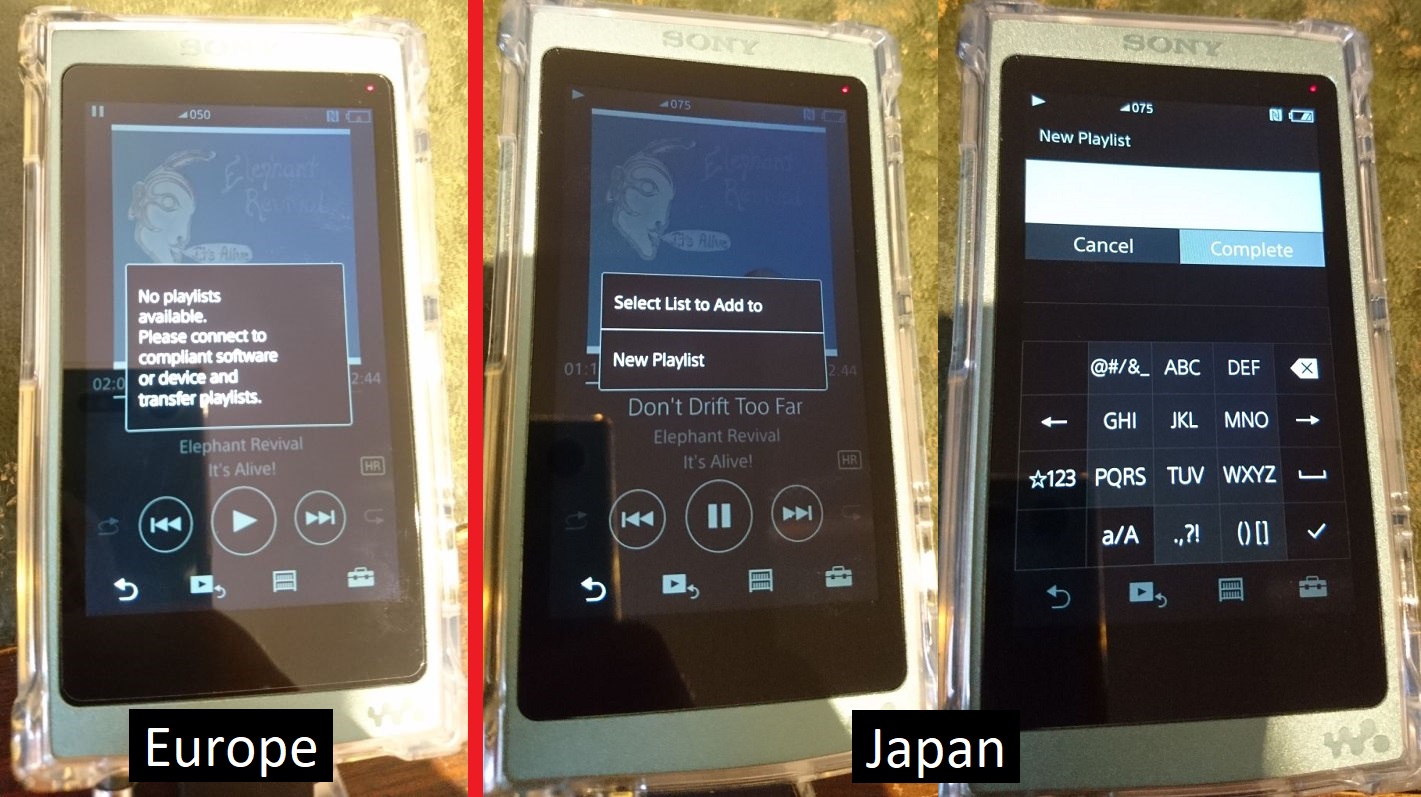 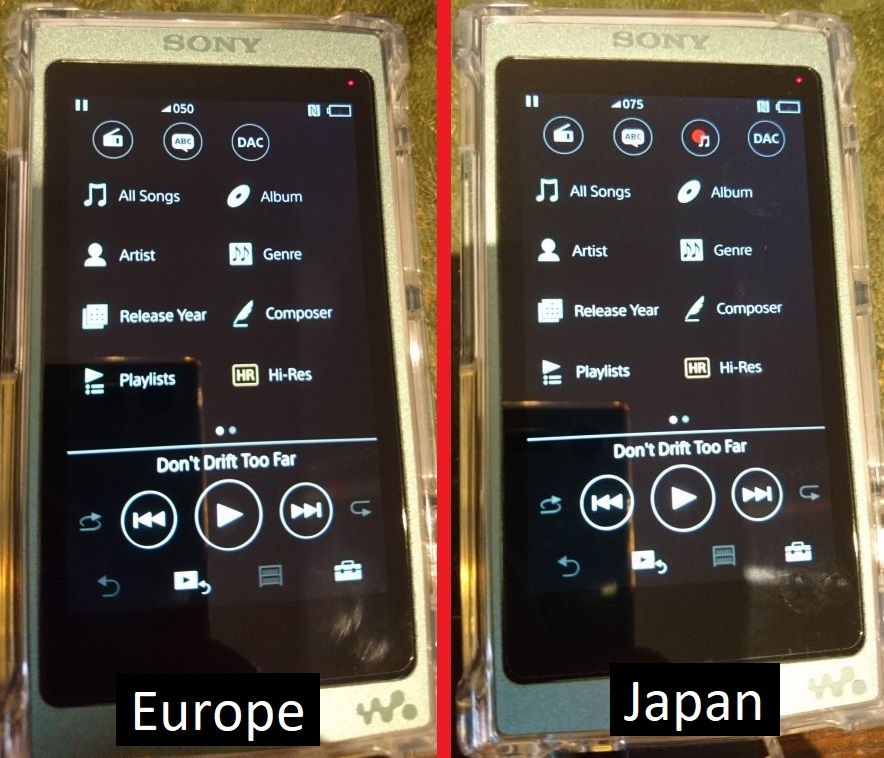 I'm not sure why the 3 icons at the top aren't centered, it would look better.

As I wrote at the beginning, I understand about bonus tracks on CDs and things like that, but this seems different.
Is on-device playlist creation really a 'bonus'? A 'gift' for the devices bought in Japan?
It's simply a small user experience/quality of life thing.
Very strange.